The 1978 Brabham BT46 Fan Car and how it worked. The fan at the back of the car was claimed to be for the purpose of cooling the engine, but it also increased the downforce by a large percentage. This helped the car go around corners at The car was unveiled at the 1978 Swedish Grand Prix. In qualifying, John Watson and Niki Lauda placed 2nd and 3rd behind rival Mario Andretti (driving for Louts) for the purpose of not drawing attention to At the start of the race, the two Brabham’s fell behind a few places and on lap 20 Watson retired from the race due to a throttle problem, but Lauda had snuck back up into second place, battling with Andretti for the lead. Andretti made an error and let Lauda through to take the lead and eventually the win by a staggering 34.6 seconds. After complaints from other teams that the car was illegal, the FIA ​​investigated the car but agreed that the fan was to be used to cool the engine down, thus deeming it legal. Bernie Ecclestone, team owner of Brabham at the time voluntarily took it out of the running, though, and without the fan on the car, Brabham finished third in the constructors championship behind Lotus and Ferrari. Credit to BBC. 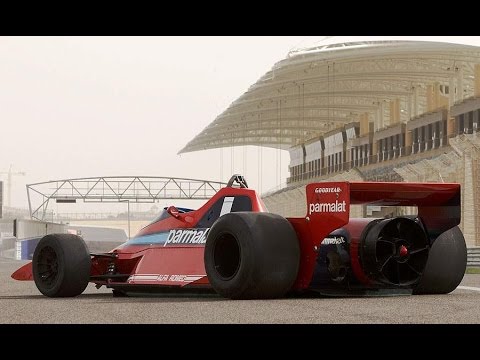 F1 is won and lost in what the rules don't say you can't do.

Lauda was thinking "might as well show off, because this car is toast in a few races"

Could have just made a six-wheeled car, just like in 1976.

It did have more grip.

Dumb modern Formula 1 "fanboys" could never handle the level of gamesmanship teams of the 70s employed against one another to gain an advantage. It was a golden era of talented engineers as well as talented drivers!!

bbc another group of dickheads putting music in everything

I feel like the innovative era of F1 has ended. Hence my interest in the sport has waned. The cars all look the same now, with only detail differences.

I still dream of the day the viewership and fan participation drops to levels where they just say "Ok, throw out the rule book, you all do what you want, and may the best team win."

Jim Hall's Chaparal 2J used fans first in CanAm racing. NO wings or spoilers and it was faster than anyone else. CanAm banned his cars.

So if you own a McLaren F1 they'll interview you hahaha.