Images related to the topic technology 101 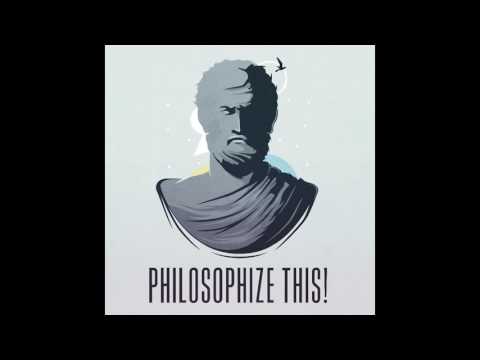 If you like this come and visit zijn filosofie database

Brilliant clear explanation of such complex topics that I didn't understand well when I studied it in college. You are just fantastic, and I hope you can keep going. This really opens up my mind in a huge way.

i love philosophize this, dont get me wrong… but this Heidegger series is grossly simplified, almost to the point where I question how well the narrator understands him. Its more like a primer to a primer. but thats ok

It's just devastating, and calls for trying to get an answer as to why, that a thinker so shockingly profound and unique as Heidegger could end up a Nazi, and an enthusiastic one at that.

Heidegger also says that Science and technology are "the Same" (not identical though). What does he mean when he says this? How can the essence of technology steer science rather than technology just being applied science?

This lecture made me think of Justin Murphy and Johannes Niederhauser, who are starting a class on Heidegger and Deleuze. I really enjoyed their conversation.

I think today Heidegger would be especially horrified by how we can’t take a walk in the woods anymore without thinking about potential tweets or posts we could make about our walk. Our “towardness” to the world has changed: everything is a potential commodity for our online lives. This by extension controls our horizons and ways of life in ways that even captures and “fences in” our imaginations: we live in societies of control in many ways.

Because we want material for social media, in one sense, that means we might notice stuff better, but it’s like us noticing a broken doorknob: the fact stuff comes to our attention is a sign there is something broken. We are not immersed in being; instead, being has to prove itself worth being commoditized. Additionally, because everything could be a potential post, we often ask ourselves “Why don’t I make a post about this?” Since we can call our friends anytime, we have to wonder “Why don’t I call my friends?” and furthermore wonder what this means about us and if our friends our upset, etc. All of this makes it harder to be present and can increase existential anxiety (due to an increase of choices, as Barry Schwartz and Eric Fromm discuss).

Walker Percy wrote about how it’s impossible now to fully experience the Grand Canyon because we’ve seen pictures of it ahead of time: the power of the Grand Canyon has been reduced. Additionally, when we see something beautiful, we say “that’s as pretty as a picture,” suggesting that our standards of beauty are representations of beauty, a strange paradox. It reminds me of how we confuse being(s) with Being, alluding to Heidegger.

As Johannes Niederhauser puts it, everything today is “pre-formed,” and considering Walter Benjamin, perhaps what follows is that the world has lost its aura (not just art). It’s hard now to experience anything “in its origin,” and from this follows a kind of enslavement. “Being captured” entails being stuck seeing the world a certain way, which makes us like a cow in a fenced pasture: we have “free-range,” but not freedom. Escape requires learning to see things “for what they really are,” but how do we do that?

I think Baudrillard might be important to note here, because once we are “entrapped” or “captured” by technology, there can be a “death of the real” that can make it hard to even see things for themselves to escape entrapment. If we cannot say for sure that the real is in fact real, then “captured-ness” becomes ontologically integrated into us, and the Heideggerian solution might prove particularly difficult to exercise. That leaves the Deleuzian option for escape, and certainly, art and creativity seem to play a key role, but can we go too far and erase all “givens,” which sociologists like Philip Rieff warn could be a dire mistake? I’m not sure.

“Enframing” is what we’re trapped in today: technological, sociological, economic, academic political, and so on. Arguably, nearly everything is in the business of trying “enframe” us, countless means of socialization (as Jordan Peterson discusses), which again, might not be all bad if sociologists like Peter Berger are correct. And it’s not just elites or “rulers” who engineer our “capture”: we do it to ourselves. When my friends have cellphones and know I have one too, they can expect me to always be on call, and if I’m not, the friendship can be hurt (similar situations arise with work and laptops, etc.). Thus, I’m pressured to live with technology in a way that will shape my orientation to the world: “enframing” proves emergent and socially reinforced. If I want to be part of the solution then, part of the answer a least is that I free my friends, family, and coworkers from expectations that force them to be constantly plugged-in.

From each “enframing,” different rationalities spring which only worsen the ways in which we are “captured.” To escape our rationalities, which are shaped by our “truths,” as I argue elsewhere, we need to learn how to move between truths and axioms without being nihilistic relativists. Indeed, like Murphy and Niederhauser, I think creativity and play are secrets to this program. At the same time, I think we can stay balanced by not losing sight of a “common life,” as described by David Hume, which is also key to avoiding “autonomous rationalities” in which “enframing” is especially likely and problematic.

I agree with Hans Balthasar that beauty is primary in the formation of our lives and wonder if changes in our “towardness” due to technology impacts our capacity to be moved by the beautiful. If Gadamer is correct that aesthetics are important for overcoming “the hermeneutical circle” (which has ontological significance), this could prove to be a problem. I wonder if there is an inverse relationship between the presence of beauty and the presence of technology, but I also don’t deny that technology unlocks new artistic possibilities. I tend to side with Neil Postman: technology is always a Faustian bargain. I think today we are too far on the side of just accepting technology without any skepticism.

Yaa in most companies is such a thing as a person or group of peple responsible for "human resources."

This is wonderful thanks.

Awesome channel! Got to know about it through a friend. Subscribed!

Everyone must see this…

I like your level of explanation and your presentation style. Fresh. I think two things you could provide more on are: 1) Expand on Husserl and focus tightly on explaining Heidegger and his enriching Existentialism . 2) Then circle back to Nietzsche and explicate linkages and contrasts to Heidegger and other 20th Century contributors that you have already talked about.

The thought of the term "human resources" always creeped me out.

Tool made a great song Lateralus referencing the fibonacci sequence. I think your podcast relates technology and understanding of nature as an exponentially growing entity. Once we hit a threshold of intellect, we unlock another spiral of learning that becomes greater and more vast…. to a certain point difficult to obtain. "Feed my will to feel my moment drawing way outside the lines". In this case talking about creativity and inspiration comes from all these forces together and a new level of understanding. Or i smoke too much weed idk.

22:45 "he'd agree that technology has liberated us from the shackles of nature"… But how does that coexist with the concept of potentially limitless capacity for change in nature, like your example of the potential rolling pin in every tree. I suppose by using the definition of natural that disqualifies any CONSCIOUS outside interference with an entity from being "natural".. Because everything's experienced outside interference that helped determine its characteristics. We generally don't consider fire spreading, "unnatural" because it does so seemingly unconsciously.. But what about when a wild animal starts a fire… Or a domesticated animal? And of course there's the conversation of morphic resonance or Universal consciousness, and determinism… Whether our "conscious choices" to manipulate the world are any less "natural" than raw instinct or just being a rock

I was thirsty for this. Thank you

I agree, (Sam) IS a calculative app developer.

Thinking about the primacy of the final cause and potentiality blow my mind every time.

Is Morden dasine problem of collection of Cole give uncomcieous…

I enjoy your videos, but where are the first 60 or so episodes on your channel? Are they deleted?

We Are Enframed By Technology.

Science is not perfect at helping us come to terms with our mortality, or our very human limits (the ones Descartes talked about in the meditations, and the Existentialists discussed).

Do you commercially endorse Amazon (no, I'm kidding….I know you don't. I think you don't anyway)?

You are seriously helping me with my dissertation and for that I thank you so so much!

you always do such a good job!

Buddhist were onto this long before Heidegger. They just couldn't formulate the thing in such a way as to be digestible.

Steven West your a gem.